Research by: GE Healthcare is a manufacturer and distributor of diagnostic imaging agents and radiopharmaceuticals, R&D collaborations with Leiden University MC for early detection of colorectal tumors.

Link to the study: 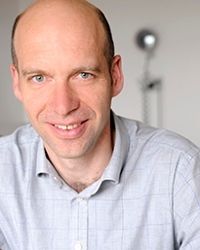 Research topics: Professor Hardwick’s research has contributed to many key improvements in the detection and treatment of colorectal tumors and his group has published the findings in many top journals of the field. Research on colorectal cancer focuses on prognostic factors, tumor microenvironment, optimization of surgical techniques especially for elderly patients, intraoperative fluorescence imaging, and intracellular signaling associated with the use of statins.

Motivation for the study

Polyps are small growths on the inner lining of the colon or rectum, affecting around 1 in 4 people over the age of 50. Certain types of polyps may eventually become cancerous, and colon cancer prevention relies on colonoscopy using white light to detect and remove the polyps. However, small and flat polyps are difficult to detect and frequently missed with this technique. More precise methods to detect polyps before they progress to colorectal cancer are urgently needed.

GE Healthcare’s patented EMI-137 (previously known as GE-137) fluorescent probe has the potential to improve early detection of cancers including ovarian, esophageal, thyroid, bile duct, and lung cancer. EMI-137 is labeled with a modified Cy5 dye and binds selectively to c-Met tyrosine kinase, which is a polyp biomarker. This intravenous agent might enable surgeons to remove polyps more precisely during surgery using fluorescence colonoscope in contrast to the standard white light colonoscope. In this first-in-human pilot study, the use of GE-137 for improved polyp detection was evaluated in 15 patients at high risk of colorectal cancer. 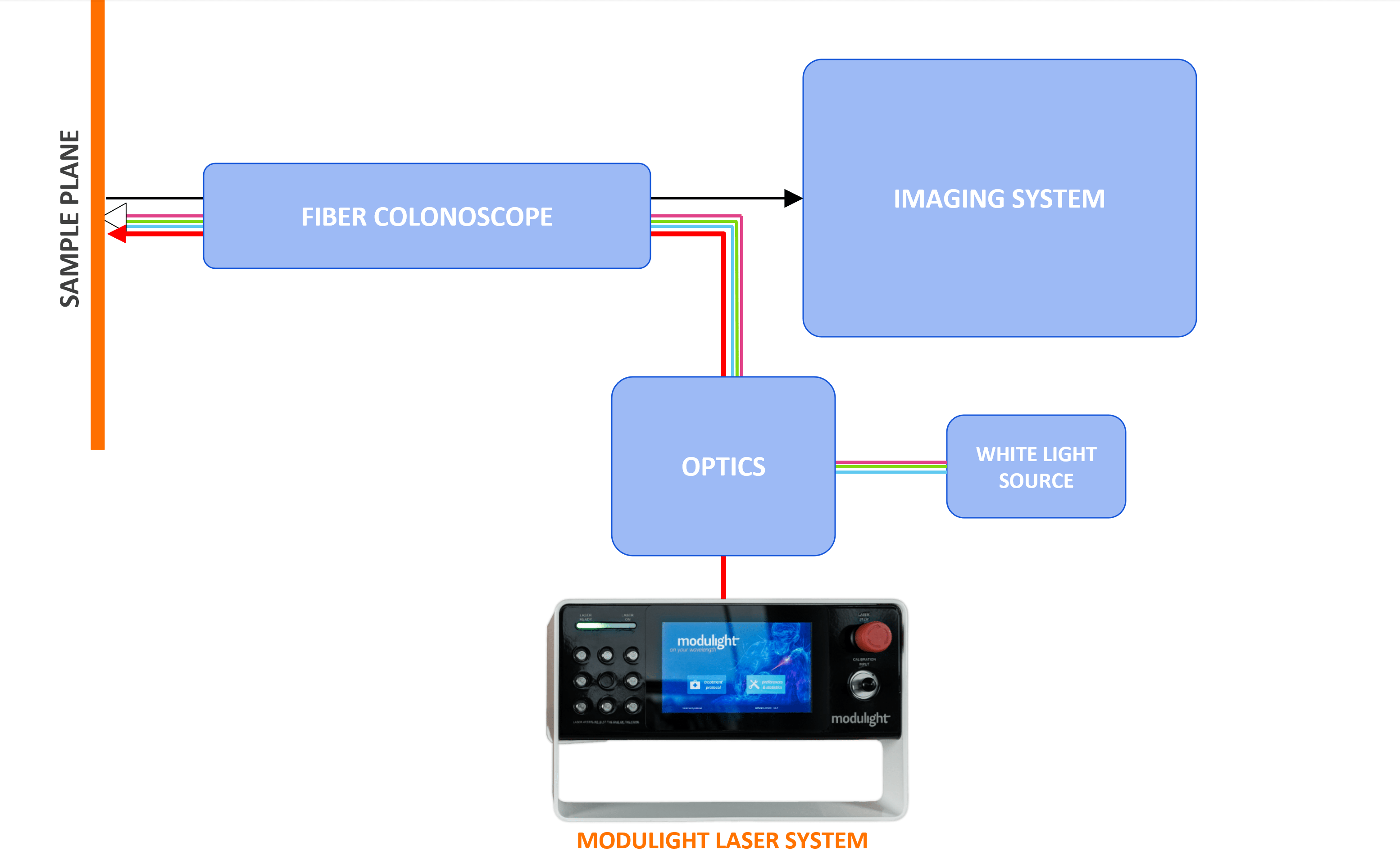 The above schematic is a simplified version of the illumination set-up from the original research. 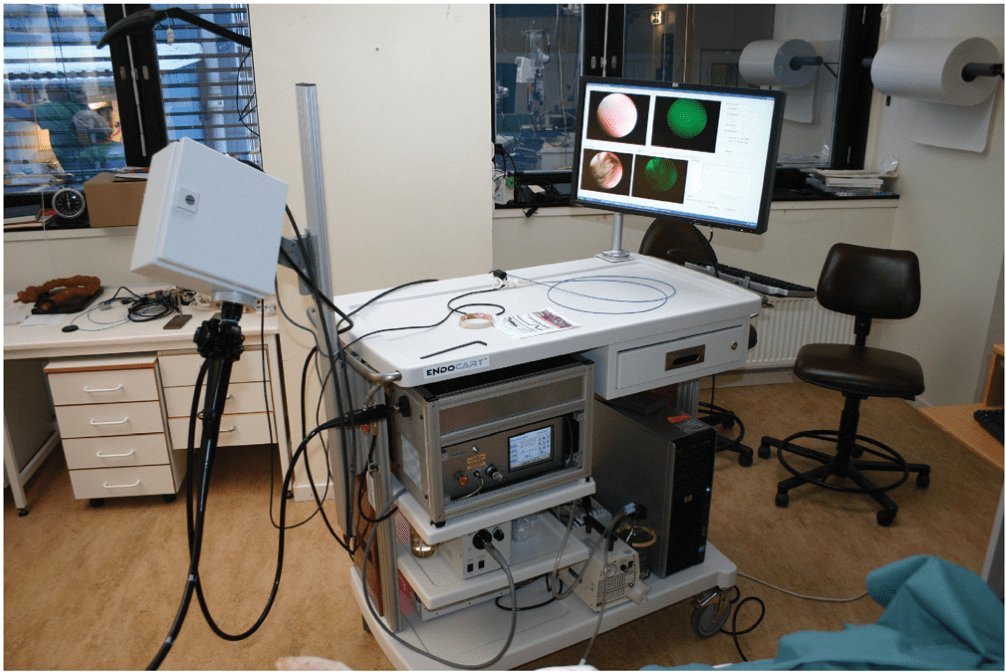 Picture from the original publication reproduced with permission from the contact author of the publication.

Large polyps (marked with arrows) are clearly visible in both standard colonoscopy and fluorescence colonoscopy with GE-137. 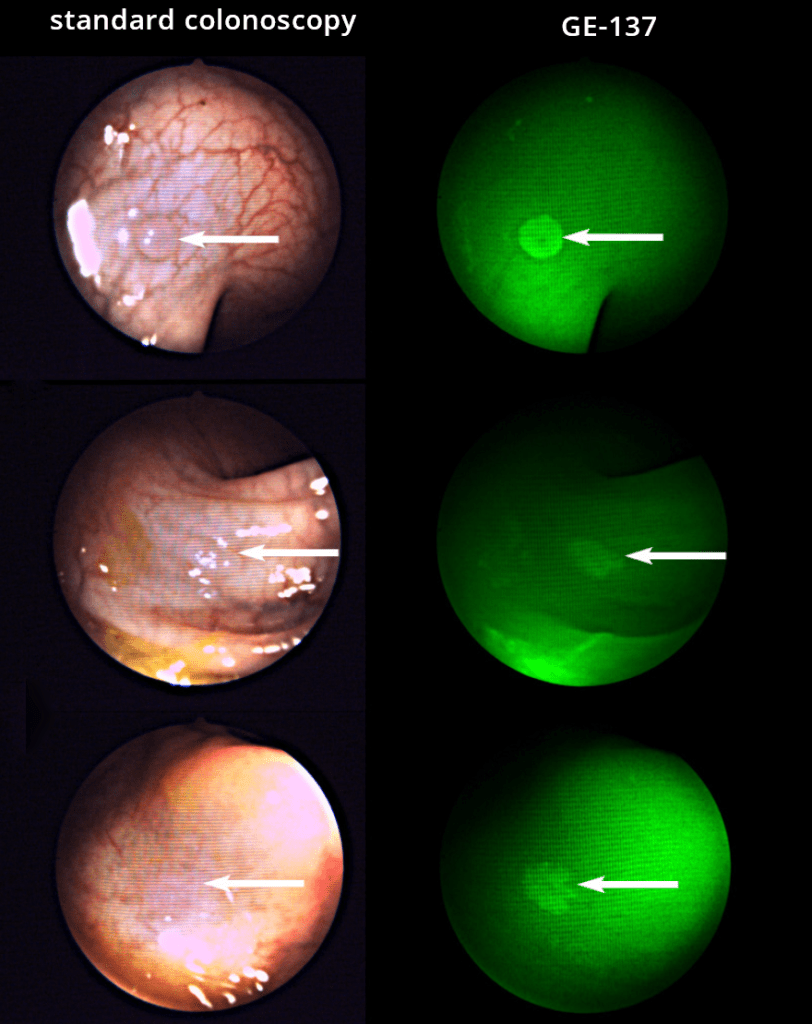 Small polyps (marked with arrows) that have either low or no visibility in standard colonoscopy can be visualized in fluorescence colonoscopy with GE-137.

Above images from the original publication reproduced with permission from the contact author of the publication.
Conclusions:
The results of the pilot study demonstrate that fluorescence colonoscopy using GE-137 is feasible and safe. It enabled visualization of polyps that were missed in white light colonoscopy. Edinburgh Molecular Imaging has acquired exclusive global license for GE-137, now EMI-137, from GE Healthcare and is now further investigating its potential in clinical trials held in Netherlands & UK for colorectal, thyroid, and esophageal cancers. 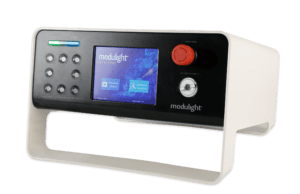 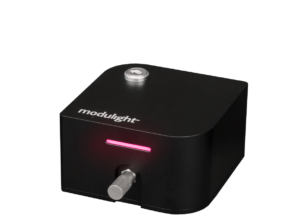 Do you have questions or comments related to this application note? Maybe you would like to request literature? Or would you like us to feature your research? Please drop us a line!

We use cookies on our website to give you the most relevant experience by remembering your preferences and repeat visits. By clicking “Accept”, you consent to the use of ALL the cookies.
.
Cookie SettingsAccept
Manage consent

This website uses cookies to improve your experience while you navigate through the website. Out of these, the cookies that are categorized as necessary are stored on your browser as they are essential for the working of basic functionalities of the website. We also use third-party cookies that help us analyze and understand how you use this website. These cookies will be stored in your browser only with your consent. You also have the option to opt-out of these cookies. But opting out of some of these cookies may affect your browsing experience.
Necessary Always Enabled
Necessary cookies are absolutely essential for the website to function properly. These cookies ensure basic functionalities and security features of the website, anonymously.
Functional
Functional cookies help to perform certain functionalities like sharing the content of the website on social media platforms, collect feedbacks, and other third-party features.
Performance
Performance cookies are used to understand and analyze the key performance indexes of the website which helps in delivering a better user experience for the visitors.
Analytics
Analytical cookies are used to understand how visitors interact with the website. These cookies help provide information on metrics the number of visitors, bounce rate, traffic source, etc.
Advertisement
Advertisement cookies are used to provide visitors with relevant ads and marketing campaigns. These cookies track visitors across websites and collect information to provide customized ads.
Others
Other uncategorized cookies are those that are being analyzed and have not been classified into a category as yet.
SAVE & ACCEPT